things i don't love (but still have to do) 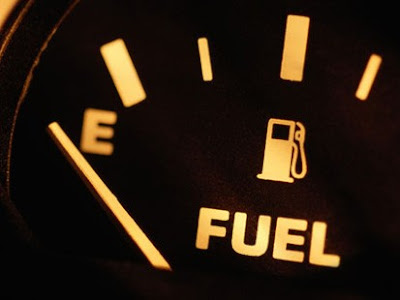 i don't know if this is a gender-specific issue or not, but just the other day i was talking to my girlfriend about how we hate stopping for gas.  we hate it so much that we drive around on fumes with blind optimism that we can make it to the next destination before we have to actually stop, get out of the car, pull out the credit card and pump gas.  i just can't help but feel that it's taking me off track from where i'm headed.

i'm going to admit it, i have run out of gas several times.  once on my way to a child's one-year birthday party, another smack dab in la rush hour traffic, and one other time on the freeway off ramp where a team of police actually pushed my car to safety.  reprehensible, i know.  it's like i'm playing my very own version of russian roulette.

so, the other night when i was driving home and saw that annoying orange light click on i decided it was time to stop and do the inevitable.  rather than waiting until morning, when i will 100% be running late (remember, not a morning person) and frantic, i would actually take a moment now when i had nothing else better to do.

can i just tell you how great it feel last friday morning, when i plopped down in my car and had a full tank of gas?  just sayin', ladies.
Posted by jessica v at 1/13/2012