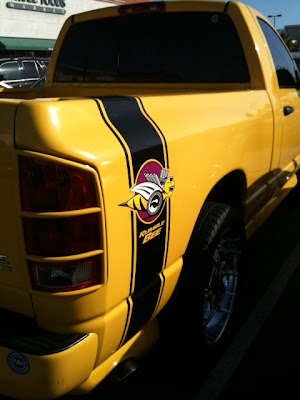 one of my girlfriends called me in tears (i think from both laughing and crying) the other night after she went on a blind date from hell.  it brought me back to the days when i was so very single.  so very single that i became a champ in the dating world and not because i was particularly good at it, but because i was so determined.  i did it all -- i dated online, i was always open to a set up and not a teeny bit afraid of a blind date.  i even went speed dating (definitely do not recommend).   no matter how many cheese balls or creeps i met, i deep down believed that one day this numbers game would pay off.  it just had to.  maybe that is why i stalked my husband until he finally noticed me.

now that i am married to the best person i could have ever imagined being married to, i can laugh at my disastrous dating stories. but when you are in it -  living it - it's sometimes hard to. it's like you walk around reminded that you are single and everyone else is not.  you really get to the place where you think it just might not happen. maybe there's not that someone out there just for you.  people tell you you are too picky, so you go out on random set ups and end up with a story like i have below.


so i brought this one out from the vault.  it's long, but i think you'll find it entertaining:

So, this online dating thing. It was alright. I avoided the guys with their shirts off, any picture of a guy’s car, the shots of a cheese ball in some obnoxiously lame Halloween costume posing for the camera --- I don’t know if any of you have tried Match, but if you had you know that that brought my selection down to about two guys.

I had been emailing with this guy who was several years younger than me, but he seemed cute and somewhat articulate.  Not to mention when I showed my co-worker his profile (of course I showed her his profile, that's part of the online dating ritual), she said she knew him. Her friend had actually dated him. Leah had never met him in person, but her friend said he was so nice, so sweet, so cute, and drove this cool vintage truck. I’m not really a truck girl (or a car girl for that matter), but I figured why not?

We had talked on the phone and I was actually excited about this guy, so I decided to make our first date a Saturday night date. I even told him my address and let him pick me up. At first glance things seemed good.  He was tall. He was cute. I checked out his outfit and he was wearing good jeans (for some reason this has always been important to me).

You can imagine my surprise when I’m walking to his “vintage truck” and find myself staring at this gigantic bright yellow pickup truck … with an angry bee decal. And, oh, it gets better.  It has a name - the RUMBLE BEE! Yes, so here I am  staring at the taxi cab yellow monstrosity thinking "what exactly did leah mean by vintage?"

I decided to dismiss the yelling inside my head and climb (that’s right) into this massive bright yellow truck.  I later found out that his cool vintage truck had been totaled a month before, which explained why he's now driving this bright yellow and black, HEMI engine, massive mobile through the streets of LA. Oh, I forgot to mention, he’s from Kansas.

We are now at dinner and things are better out of the truck.  I'm not ducking at every red light we have somehow managed to hit wondering if the people ten feet below us are judging me as harshly as I'm judging this poor guy .  This is where I can own the ugly side of me.  It's the side that my mom has warned me about - to not be that girl.  I really wish I was one of those people who didn't care what other people think, but sometimes it gets the better of me.

Back to my point, the conversation is flowing and then he tells me he’s an actor. And, you know, I’m an actor too, but sometimes I just can’t take it. Enough with talking about how you define a character, how deeply you immerse yourself into a role, where you studied, “have you taken so-and-so’s cold reading class? It’s phenomenal!" blah, blah, blah. This is why I don’t date actors, as one of us is plenty.  But, you see he’s not just an actor, he’s also a pharmacist. I swear, only in LA.

But I keep thinking “Jessica, you’re so picky. Get over yourself.” That thought gets me through the car
ride to a wine bar, where he tells me he wants to get the license plate BUZZZZ for his car.  Get it, he
drives a RUMBLE BEE and is a pharmacist?

So we get to the wine bar and it's actually nice --- not crowded, good music, good lighting. We sit down in a booth with our bottle of wine and chocolate truffles and it starts. He starts by saying cheesy lines like “You’re such an adorable red head. I really don’t see how such a hot thing like yourself is single.”

Just what a girl on a blind date wants to hear, by the way. And, I’m thinking “Oh, great! This is exactly
what I thought when I saw he had that emoticon on his profile --- cheese ball!" I knew I should have listened to my judgmental self there.

At this point, I start chugging my glass of wine and all of a sudden this song comes on. He looks at me all wide-eyed and says “How spontaneous are you?”

I quickly say “Not very. Why?”

He says “DANCE WITH ME!”

I look around, NO ONE is dancing here. The bar is barely full. I’m not drunk enough, he’s not cute enough, it’s just not happening.

And he come back full-throttle – “DANCE WITH ME!”

This time his eyes look like he’s going to explode and he says “COME ON JESSICA! DANCE WITH ME!”

Seriously. This kid just winked at me. What do I do now?

It appears I don’t have to do anything because he proceeds to self-proclaim “Well, I’m just a hopeless
romantic. That’s what I do. I’m the guy who would show up at your house in a limo with roses and want to take you out to dinner.”

And, I’m thinking “Well, I think limos are kind of tacky and I’m not really a fan of roses.”  But, right now I’m just trying to make it through the night.

We’ve hit the awkward patch and there’s not that much to do, but he starts talking about how the last time he was here, he tripped on a step, fell headfirst into the emergency exit door and chipped a tooth. And he was there alone that night. But not to worry! He made fast friends with the table next to him. Now I know why he rarely gets past the second date.

The situation is not getting any better, so what do I do? Oh, I make it worse by agreeing to go
back to his place. I know, I can’t even justify it.

So, here we are, back at his place and he’s all self-conscious about how small it is. “It’s a downgrade, " he says. “I’m buying my parents a house, so I moved into something smaller.”

“Oh, this guy IS a nice guy. I mean, come on, what girl isn’t going to second guess herself there.”

But that quickly disappeared when I get inside his studio apartment, and he proceeds to show me three
framed PROM photos. Yes, that’s right. He is a 26 year old man living alone with photos from his prom on display.

And, if that isn't bad enough, he has this paper collage on his wall. I honestly tried to
erase the images from my mind, but I do distinctly remember a bright pink photocopy of two blondes
wearing big black sunglasses saying “Good luck in LA!”

So at this point, I’m thinking. Alright. It can’t get any worse. Right? Apparently I was wrong.

Not quite sure how to abruptly leave, I say “sure.”

After sitting through this really cheesy commercial where he’s a dorky guy wearing some love
cologne that makes him irresistible to the ladies and then watching some other painful portrayal of him doing i don't even know what, I have decided a few more minutes and I’m out.

But the next film is so shocking that I don't know quite how to leave. It's this creepy short film where he is playing a mime. And I should probably mention here that ever since I was three I have had a huge fear of clowns, mimes, etc.  I ruined several trips to parades and circuses for my brother and sister, as we'd always have to abruptly leave with me in tears.  But it isn't just that he's a mime, it's that he’s tied up and being brutally beaten by an angry clown with a mallet - who can't seem to stop laughing and he can’t scream, because HE’S A MIME.  It's not really how you want to picture your guy, you know?

So I'm sitting here, having an out of body experience where I'm looking down at this situation thinking "how on earth does this happen to you, Jessica?  How do you always find these guys?"  I have to bite the inside of my lip to keep from laughing.  The climax of the movie arrives and he finally kills the demented clown with a jack-in-the-box (don't even ask). The best part about that is that he had one of the most annoying laughs ever, and now that he has killed his captor, he's free to laugh. While the credits are roll, that's all I can hear.

It finishes. I take a deep breath and look over at him, feeling almost sad "wow, does he really thinks this works?"

He asks “do you want to spend the night?”

I’m thinking "What? Have you been on this date all night?  I actually have to get the hell out of here and I’m praying that one of my girlfriends is actually up right now because I am in need of some serious therapy!”

But, I politely yawn, telling him that I need to get home. He says “you can sleep on the couch.”

He comes back with “but, we can cuddle.”

It’s just like the damn dance. So, finally he walks me out.

A week later I emailed him telling him he was a great guy, but I just don’t think I’m the girl for him.
After all, he’s 26 and still wanting to go to the prom, and I’m the girl that’s not dancing.
Posted by jessica v at 2/23/2012