right after our wedding we honeymooned in new zealand and tahiti for almost three weeks.  while i am not a super outdoorsy girl and riding along in a camper van with my new husband through the north island of new zealand was a bit challenging, i am so thankful for the  experience and wouldn't change it for the world.  such a beautiful country with such lovely people - not to mention delicious coffee!

here are a few of my favorite things about our trip:

sky city hotel
after a total of two days sleeping in the camper van in the middle of nowhere (to be fair, i warned jeff that this part of the honeymoon was out of my comfort zone) jeff proved himself to be an understanding partner and called an audible and drove us to auckland.  i have to tell you that i couldn't have been more thankful in that moment when we pulled up at the sky city hotel and valeted the camper (yes we were those tourists driving a freshly rented camper van up to the valet at a luxury hotel).  to top it off, we ended the night with a massage.  heaven. 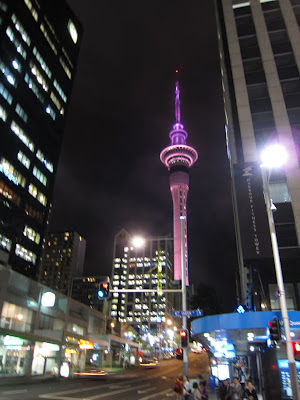 morris & james pottery
we read about this place on the flight over and i immediately made it one of our destinations.  the pottery was so beautiful and they had this adorable cafe with one of the best egg sandwiches i have ever eaten.  it was the kind where when you cut into it, the yolk oozes out ever so slightly. now every time i look at my pohutukawa (it's the new zealand christmas tree) trivet i am so thankful we found this place. 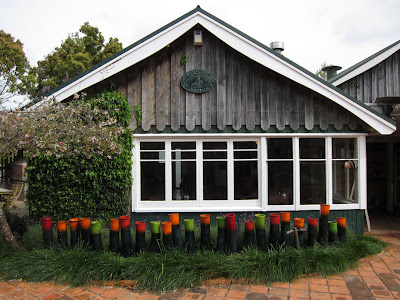 quiet night in rotorua
we spent two nights in rotorua (again after i couldn't deal with sleeping in the camper) and although the sulfur smell was less than ideal, i loved this little town.  one night we took a long walk and stumbled upon a carnival.  delightful. 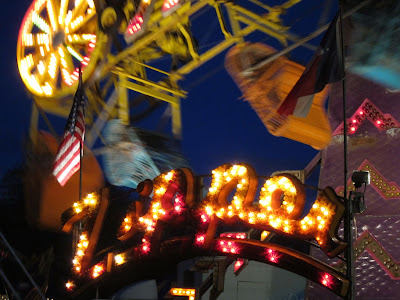 agrodome
one of the things high on jeff's nerdy wish list in new zealand was agrodome.  think of it as an agricultural theme park. you can probably tell by that statement that this was not high on my list, but i knew he wanted to go so badly that we decided to make a day of it.  after all they had a multi-award winning sheep show, an organic farm tour and  zorbing.  we did all three.   it ended up being one of my all-time favorite life moments, as i got to participate in a little lamb contest, where i got to bottle feed this adorable little baby -  and i WON!  what did i win?  ummm... the wool from a sheep that was just sheared minutes before.  seriously. 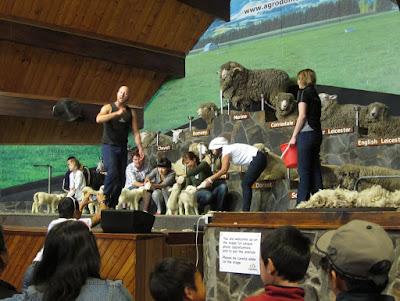 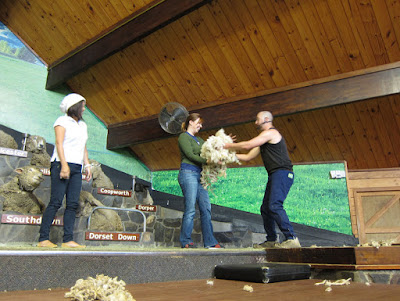 chicken pies
i had no idea that i would also fall in love with meat pies while on my honeymoon, nor did i really even know about them before.  they had this one amazing buttered chicken pie that is just as if you took chicken tikka masala and baked it into a delicious buttery pie.  it was seriously one of my favorite things about this country. 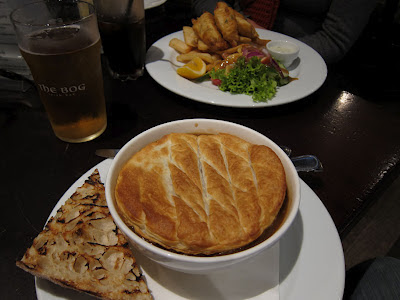