being an open book

most of my friends would say that i am an open book in most every way and that's 100% true -- almost.  i definitely over-share with my girlfriends and co-workers, but there are things that i do keep private -- like why i started this blog.

i've always loved kids.  i started babysitting when i was eleven years old.  when i was living in dc and for a stretch of my time here in la, i was a nanny while i was trying to make a go of it with acting.  i love being with kids, because it allows me to step back and see things in a different light, a much simpler one.  i love picking them up from school and hearing about their day, being goofy and asking them whether they're a noodle or a doodle, reading bedtime stories, and tucking them for a good night's sleep. 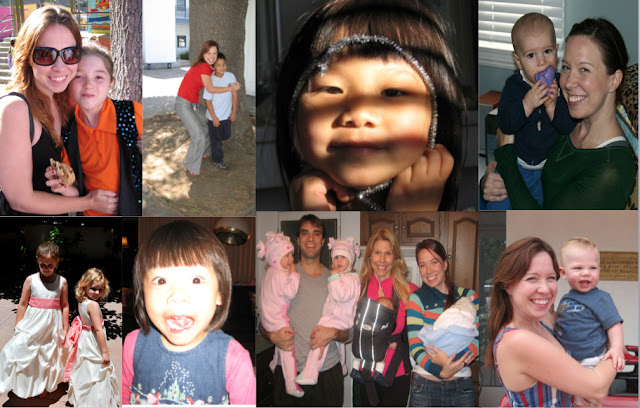 for a long time, having kids was just something i always knew would happen if i ever found the guy.  let's be real, that was always my biggest obstacle.  i was single for the majority of my 20s and the first couple of years in my 30s.  i just assumed that if i were lucky enough to find the guy, then the family would come.  i can't tell you how many nights i spent alone crying over being single, or how many weddings i attended solo, sitting at tables with couples gushing over their husbands and wives while i hated every minute of it.  dating is only fun if you are dating the person you are going to eventually partner off with. otherwise, it's torture -- either you have a great time and they never call back, or you are sitting across the table from them wondering why in the world your friend thought that he would be your match, praying this guy doesn't call the next day.

the bottom line is that when you're single there seems to be a very concrete divide between you and the rest of the world, and the worst thing you can say to a single person is:  "when you stop looking, you'll find him."  you might as well say:  "you're doing something wrong.  it's your fault you're single."


the best part of being single is all the time i spent bonding with my girlfriends. 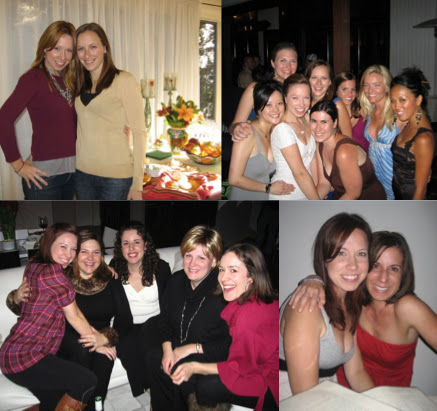 but then something miraculous happened and i actually met him.  and it turned out he was better than i could have imagined, so i fell hard and fast.  we moved in together after six months, got engaged on our one year anniversary and five months later we were married. 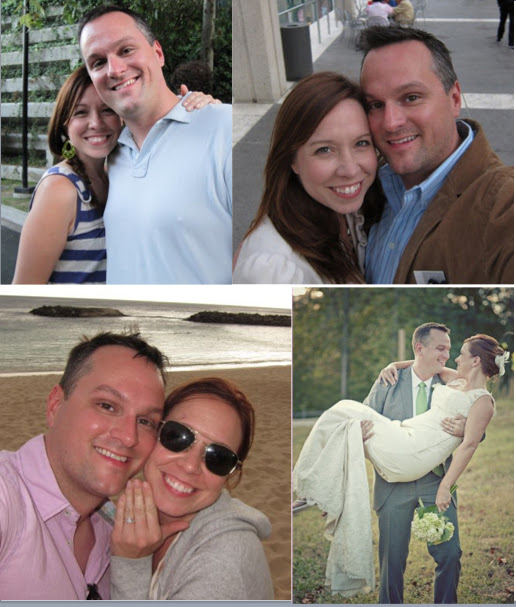 once the wedding and honeymoon were over and we were back to real life, we started trying to get pregnant.  it became clear that we weren't the kind of couple who just (oops!) tried once and got knocked up.  we've been trying for a year and a half and it still hasn't happened.  we have a fancy fertility doctor in star-studded beverly hills (one of our favorite games in the waiting room is "who's that celebrity").  usually on my drive home instead of talking to my sister about how many mature follicles i have, i'm discussing the celebrity i just saw.   we've been through rounds of treatment and the conclusion is we're both healthy, but no luck yet.

i went to a dark place during all of this because, like i said earlier, i just never thought that making a baby could be so hard.  i mean, i spent my entire 20's trying not to get pregnant.  the next several months involved me being very bitter. why was i so cursed that i wasn't lucky enough to have met jeff earlier?  now i'm in my mid-30s trying desperately to get pregnant and i'm constantly reminded of how when i do get pregnant it will be considered a geriatric pregnancy.  seriously.

my single girlfriends would say "well at least you have someone," and my friends with kids would offer up "be glad you are able to sleep. enjoy it while you can."  but those comments only made me feel more alone in what i was going through.  i am ready, more ready than most of my friends because i have been watching kids for well over two decades.  i know how to diaper a baby, how to get them to giggle when they were cranky, how to tell if they were really sick or just wanted to stay home from school, and i understandd how hard it could be to get a child to sleep.   it is just not fair!

after a very depressing part of last year, i finally came out on the other side (thanks to my therapist e.c. & my dear friend/acupuncturist mu) and decided to be grateful for everything that i do have. i recognize how rare and lucky i am to have met the love of my life, to have an amazing family and fierce friends who love me no matter how crabby i am.  maybe this will take a little longer than i planned and, as my mom would say "that's okay."  i'm not used to things coming easy anyway.

so from time to time i might write about what we're going through, but most likely you'll just see a lot of what i love.  after all, i don't know how comfortable i am with making this a fertility-only blog.  but, at the same time, i wanted to be truthful to what we're actually going through.

for now, i'll leave you with one bit of advice: if you know someone who is going through fertility issues, for the love of god, don't say "you just need to relax."  it's like saying "it will happen when you're not looking" to a single person.   in both cases just say "that must be hard for you, let's go get an ice cream."

* i recognize to most of the people i grew up with, acupuncture sounds like voodoo, but i can't tell you how helpful it has been for me.  i was so relaxed last month, that i forgot to take the pregnancy test.
Posted by jessica v at 5/07/2012