over the past several months we have somehow managed to coordinate and sustain an ongoing dinner club with two of my favorite couples.  last night erin & ryan had us over for some delicious southern food.  here's a little sampling of what took place:

ecstatic hostess welcomes us (*please note her adorable apron was a gift from jeff and me.  this is a great gift idea, as you rarely think to shell out the money on an apron. anthropologie has the best ones) 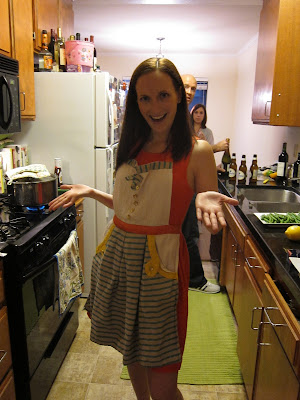 the food was amazing.  i have never heard of peppadews before and for those of you who don't know they are these little deiciously sweet piquante peppers. stuff with them goat cheese and you will thank me. 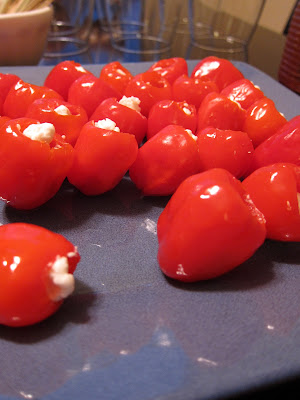 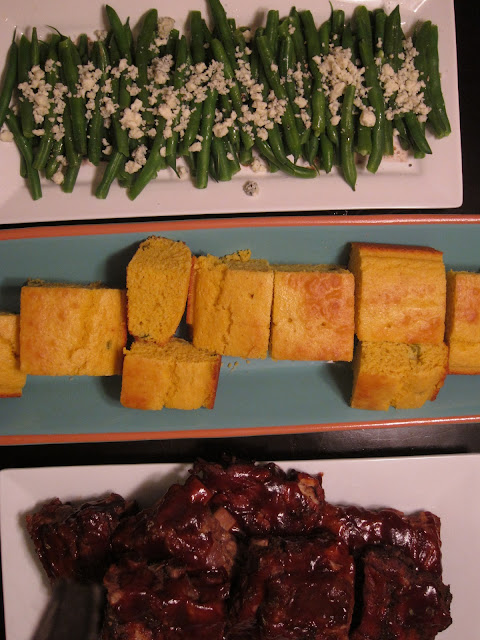 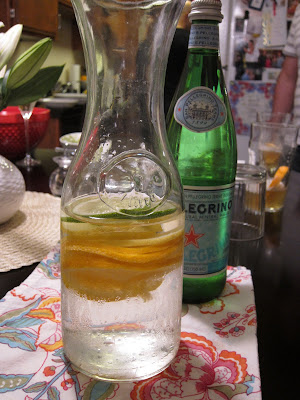 ryan embraced his role as bartender 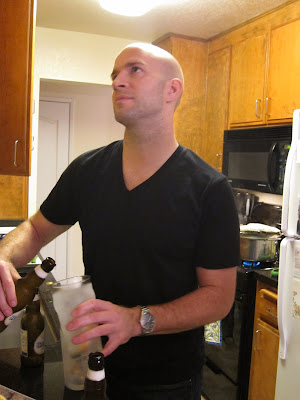 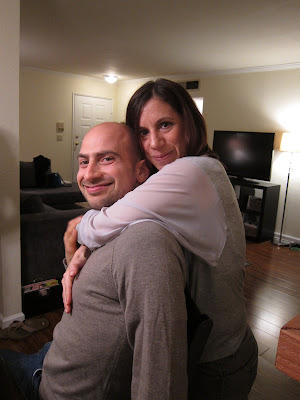 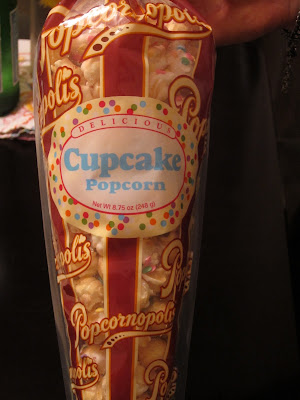 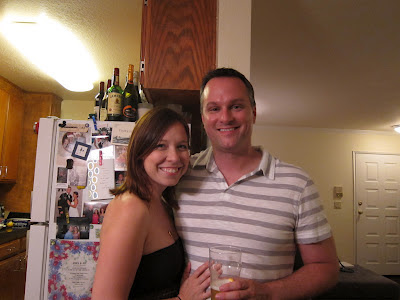 then we played some games. we started out with jeff doing a little mind reading 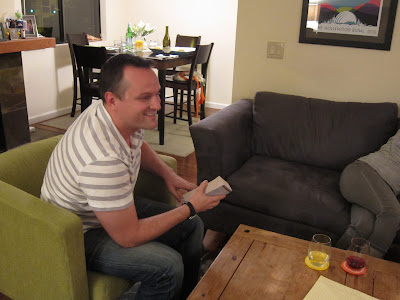 the crowd was captivated 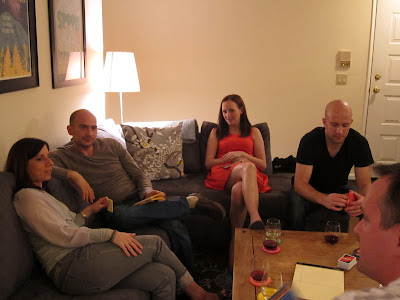 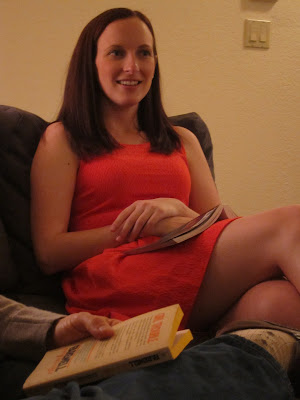 we took a little break for dessert 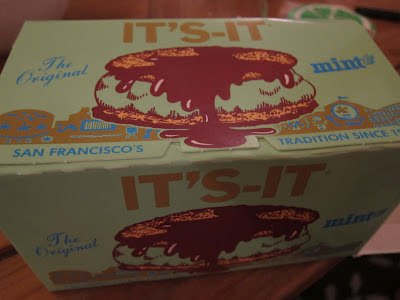 then we ended the evening with six hilarious and intense rounds of celebrity. if you've never played it before it's great for a party.  basically, everyone individually writes down ten celebrity names, folds them up and puts them in a bowl.  you break into two teams and you have to get your teammates to guess the celebrity by giving them random clues (you can pretty much do or say anything, except use the person's name).  ryan gets points for being able to describe any character with two phrases. they often started with "big boobs" - answers ranged from kim kardashian to christina aguilera. although ryan also flooded the bowl with lots of jon hamm and kim kardashians.  so everyone just said "hot guy/mad men" and you knew instantly who that was. 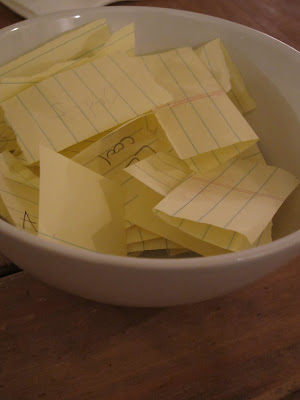 it was such a fun evening that i didn't mind getting home at 12:30 and having to pack.