last week i was saying to jeff that it felt like it had been forever since we went out on a date, just the two of us.  and i don't mean just randomly going to a restaurant because we had to eat dinner.  i wanted to get dressed up, put on heels and throw on some red lipstick. unfortunately for me, i left my purse and all seven of my favorite lip glosses at work on friday, so i didn't have the finishing touch but you get the point.  i wanted romance.

i love that when i sit across the table from him i still feel those butterflies and even though we are no longer newlyweds (technically, maybe we are?),  i love flirting with jeff.  i love that some nights when we go out, he quickly slips the waiter his credit card before he has a chance to look at the bill, rather than one of us pulling out our card and making it so transactional.  yes, it's still coming from the same pot, but it feels different.  it feels like i'm being courted again.  i think it's important to make that a priority in our marriage.  when we first started dating i remember being mortified at the thought of him seeing me without any makeup and i strategically planned out all of my date outfits for months.  now he's much more likely to see me sitting on the couch in my comfy sweats with my hair pulled back into a ponytail when he gets home from work.   so ladies out there, i encourage you to put in that tiny bit of effort this week, even if you don't feel like it.  it can literally be as simple as greeting him at the door with a kiss.  you'll be surprised at the response you get.

so this saturday night we went to dinner at a classic pasadena resaturant, the parkway grill.  it is very old school, and by that i mean that we were definitely one of the younger couples there, which is part of what i like about it.  you don't always find that at the trendy restaurants in la.  it was nice to look around and see 60-year-old couples to the right of us enjoying their martinis at 9 pm (and that was just their starter cocktail).  i like to think we will be one of those couples one day.  the other reason i liked it is because i used to wait tables there when i was pursuing acting and i haven't been back since.  i felt nostalgic walking in and seeing the enormous vases of fresh flowers, sitting in the upholstered dining chairs and looking up at the tin roof while listening to the live piano. i remember at the time, wondering when my life was going to pull itself together.  would i ever meet someone? would i ever actually have a career? would i ever not live paycheck-to-paycheck?  it was sort of a trip down memory lane.  not to mention, it's one of the few restaurants that i've worked at where i would actually dine.  that says something, people. 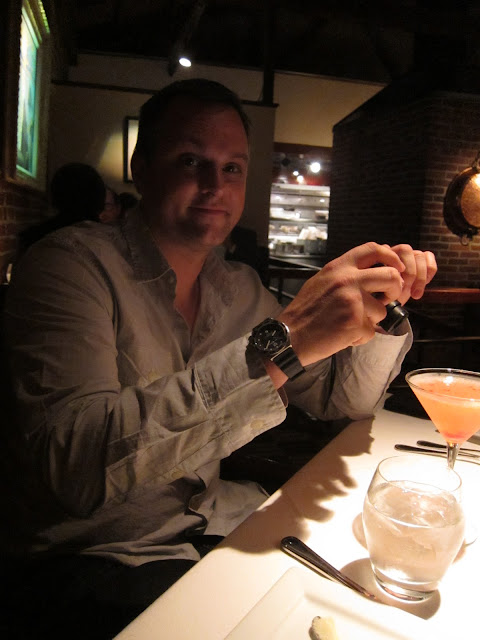 we started off with cocktails (mine was the classic vodka martini with blue cheese stuffed olives, so that makes jeff's the pink one) 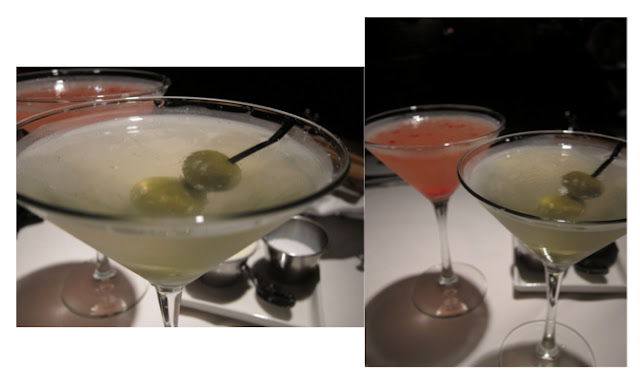 then moved onto tuna tartare 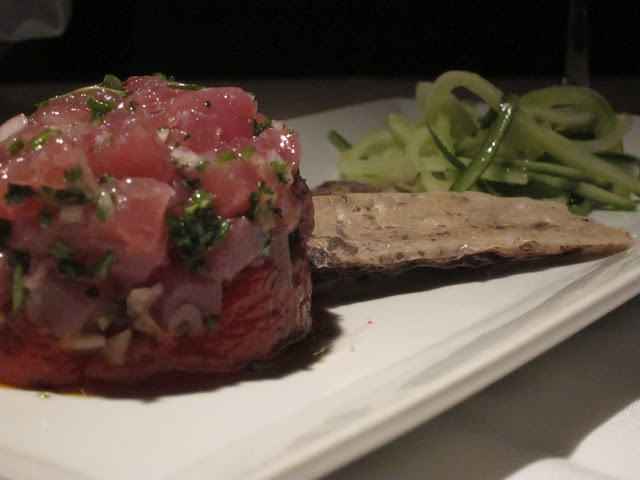 i was feeling rather carnivorous, so i ordered the filet with smoked mashed potatoes and grilled asparagus 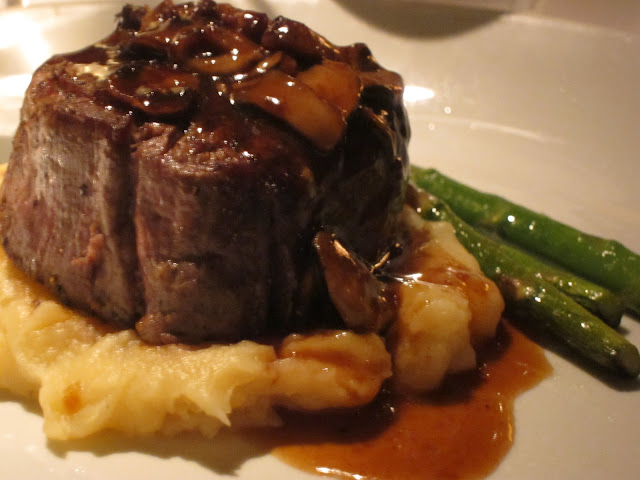 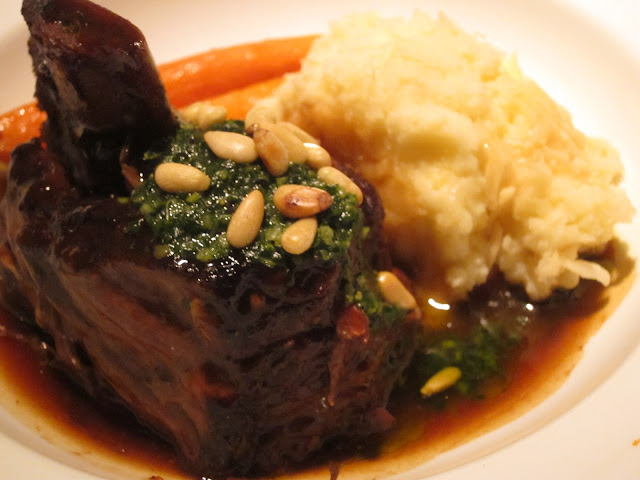 we ordered the lava cake, but it wasn't warm and gooey inside 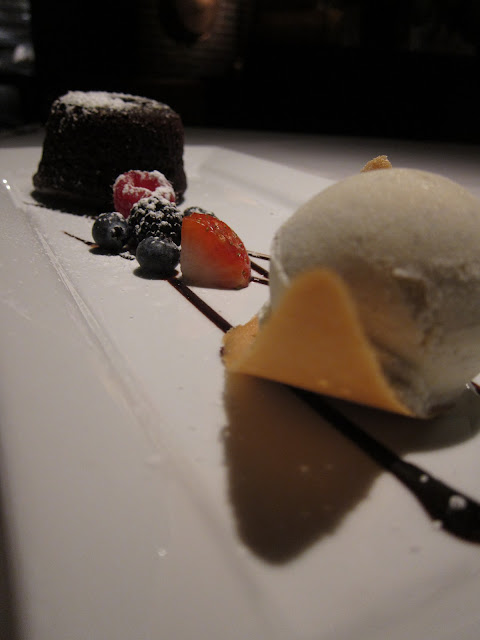 so they brought us chocolate bread pudding with espresso ice cream 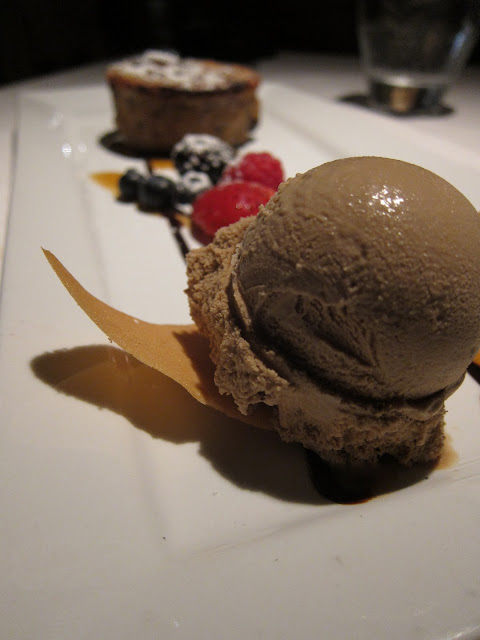