My Belated Valentine's Gift from Jeff

A lot of women want roses, me?  I requested a tote bag that said "I'm the captain now," because I became obsessed with Muse from Captain Phillips.  It's a weird obsession, I know, but I oddly found myself loving that little skinny Somali pirate, or maybe it was the actor.  Either way, that phrase is uttered at least five times a day in our house (solely by me, of course). So, Jeff took it a step further and reached out to artist Abbey Christine and she made me my very own Muse doll!  I can't imagine what she thought when she answered her phone and heard "my wife really wants a Muse doll for Valentine's Day." 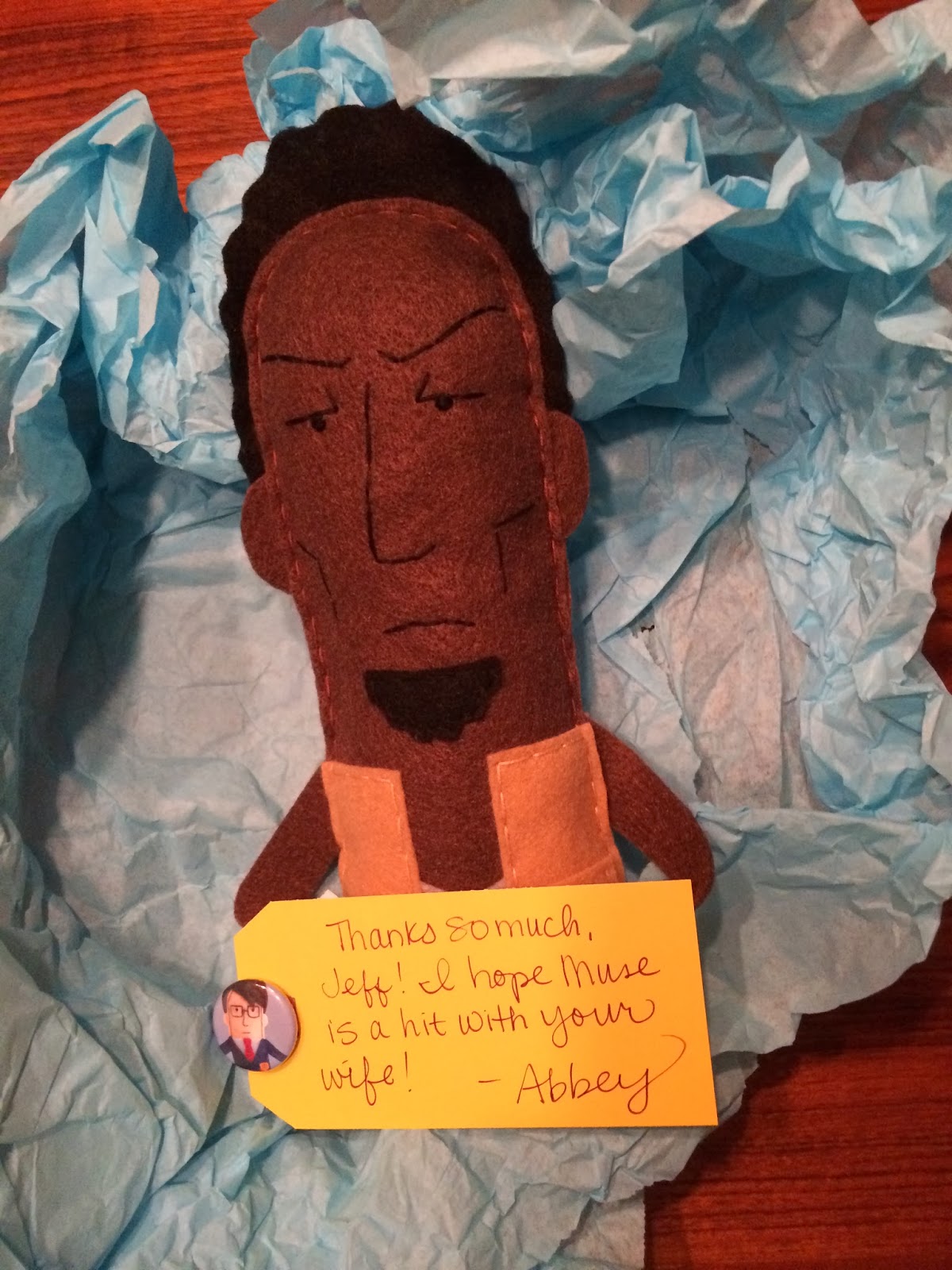 It was a big hit, Abbey. Thank you Jeff for loving my strange sense of humor and for knowing me so well.  This doll is SO much better than a tote bag. 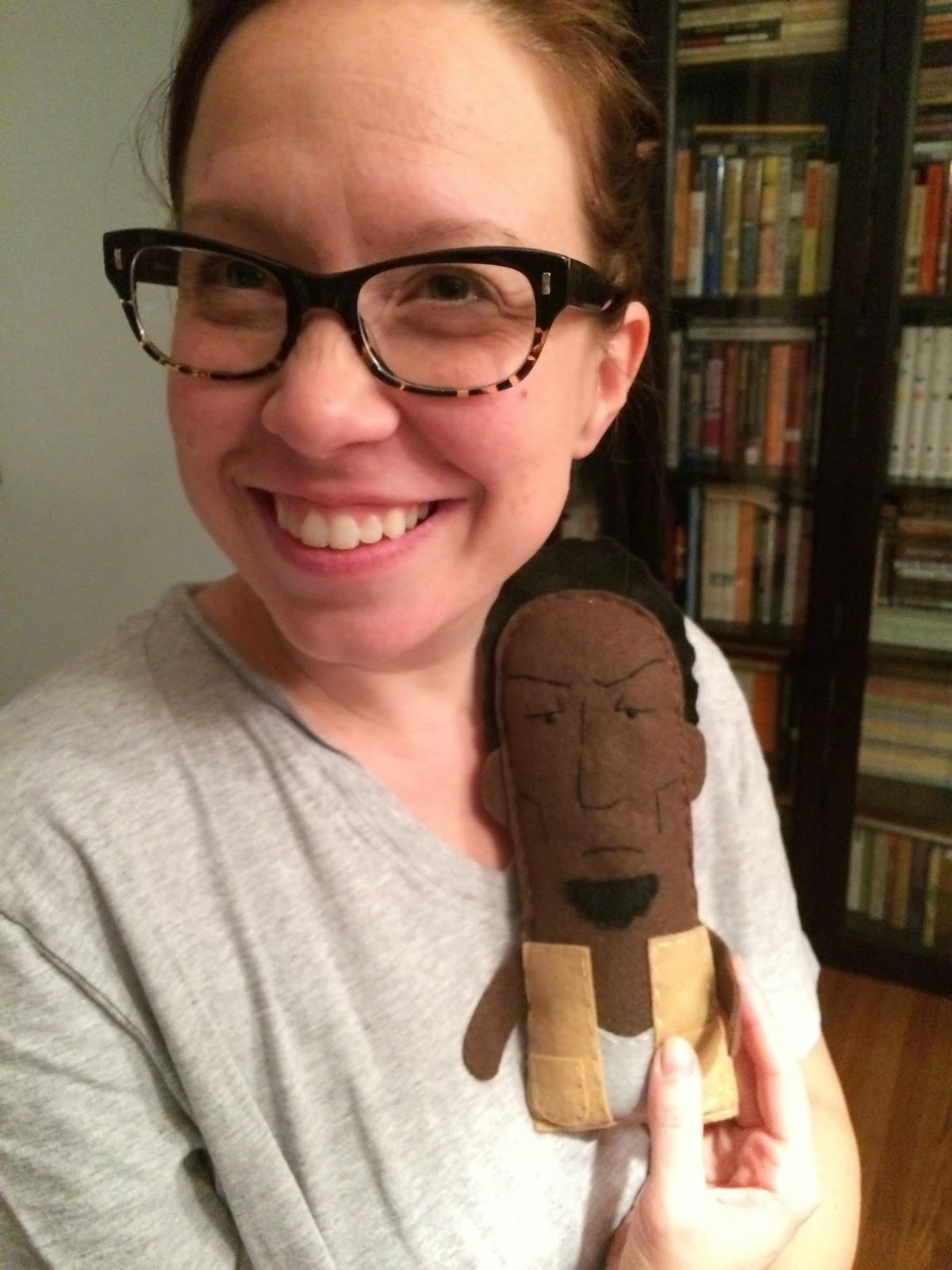 I don't know why I can't quit this show, but after this season it is safe to say, no matter how cheesy and sleazy the bachelor, I still come back for more.  I wish I had a good answer, but as much as Juan Pabs "ees okay," grates on me, I just can't stop myself from watching.  At this point, I barely even pay attention to the two hours every Monday night, but I still turn it on.  That being said, for the first time in probably the entirety of the series (18 seasons!), a girl actually realized how much of a narcissist this guy really is (not asking one thing about her) and walked away.  And I can definitely say that if Andi is the next Bachelorette, I'm in. Who doesn't love a girl who brings a one piece on The Bachelor?

Amelia!
This week has involved a lot of watching Amelia gain her independence, even though she always looks back to make sure I'm there.  She's almost ten months and is getting so big. As much as I love seeing her explore, I feel like she is growing faster than I'm ready for. 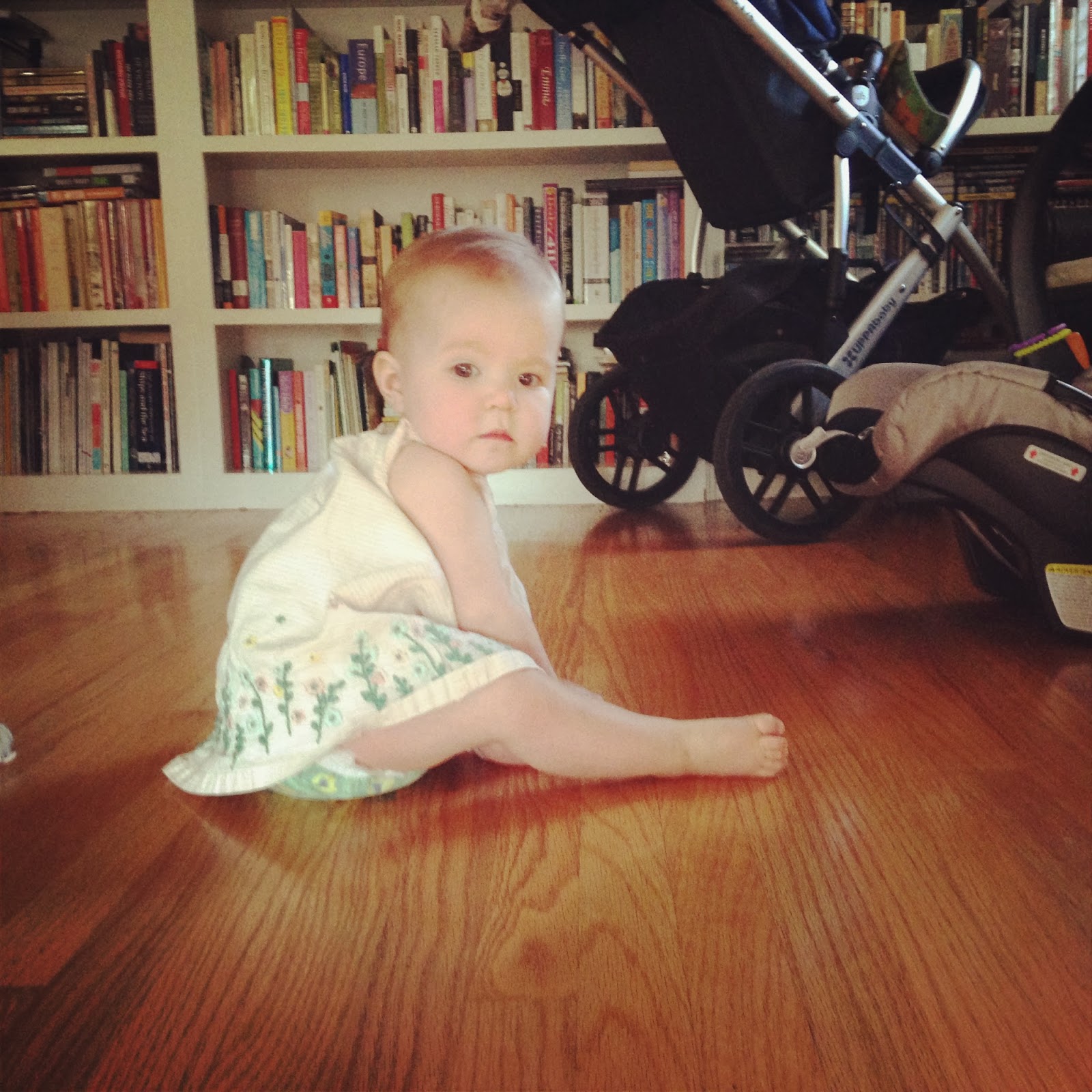 I 'd heard so much about Donna Tartt's latest novel that I finally broke down and read all 771 pages, not certain if it would live up to the hype.  I mean 771 pages is a commitment, luckily I read it on my ipad, which kept me from looking at a heavy book thinking there's no way I'd be able to finish it.  While I don't know that I loved it as much as Stephen King, there were definitely nights where I was up well past my bedtime finishing a chapter, or sneaking a few pages in while Amelia was playing, because I just had to know what was going to happen.  Though protaginist Theo meets many characters over the ten years his life is covered, my favorite moments were his relationship with Boris.  I think Tartt nailed the reality of high school friendships -- of all that dead space and time in between school and sleep, where you really got to know your friends, simply hanging out and talking.  But the best thing about this book, was that it had me turning off the tv and actually reading.  Hallelujah!  Since Amelia has been born I've wasted so many nights sitting in front of the tv, too tired to move, watching some terrible show that I didn't even like.  It's been so refreshing to get excited about reading again.  Next up, The Rosie Project.